Wolfgang Reitzle, who has held top management positions in industry (BMW, Continental, Ford and Linde) for many years, gave a remarkable speech at a party conference of the FDP on 19th September. He pleads for the low-cost production of green electricity, e.g. in the sun deserts of the earth. This electricity is to be used to produce green hydrogen in order to build a worldwide hydrogen society in the medium term. Reitzle is particularly interested in the further processing of hydrogen derivatives such as methane, methanol and ammonia. He wants to fuel the world’s 1.3 billion vehicles with combustion engines with synthetic fuels. Reitzle also advocates nature-based solutions. All four points coincide with the position of Global Energy Solutions. Reitzle points out that by the middle of the century, 2.5 billion more people will live on this planet. And that “in Africa, 600 million people do not have a power socket today – but will legitimately have one very soon. And much of the electricity from these sockets will come from new coal-fired power plants”. It makes no sense, he said, for German politicians to spend almost all their energy, time and resources on making their own country climate neutral: “We either save the climate globally or not at all.” A narrow, nationally oriented climate policy would lead to deindustrialisation, which would weaken the country in international competition. “Germany cannot supply itself self-sufficiently with renewable energy. We need imports of green electricity, or green hydrogen and its derivatives,” Reitzle said. 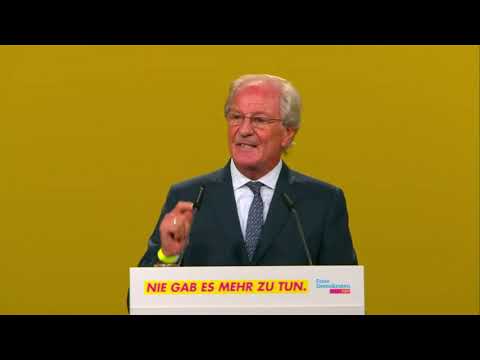