Urs Weidmann has a mission. With his company Silent-Power, he wants to help methanol achieve a breakthrough as an energy source and thus realise the methanol economy. "First in Switzerland and then, if it works, worldwide." Weidmann has been carrying this idea around with him for 40 years now. Back then, he was working as a young scientist at the Paul Scherrer Institute (PSI) in Switzerland. The question was: What is the optimal synthetically produced fuel?

The colleagues were fully committed to hydrogen. Weidmann was of the opinion: "People don't want that." Because handling the lightest atom in the periodic table is so elaborate and difficult. Hydrogen is an extremely volatile gas and must be stored and transported under high pressure. Petrol, on the other hand, would be almost ideal, Weidmann still thinks: "You can also leave your car in Siberia. The tank won't be frozen the next morning." After all, petrol and diesel have become accepted as fuels worldwide. However, petrol is harmful to the environment and smells unpleasant, Weidmann thinks. Last but not least: it is a fossil fuel with a negative impact on the climate. 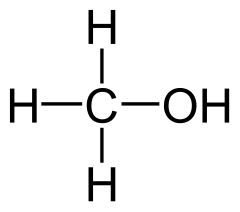 As early as 40 years ago, the 69-year-old therefore focused on methanol, the simplest molecule from the alcohol group, with the formula CH3 OH. A clear, colourless, flammable liquid with a slightly alcoholic odour, liquid even at normal temperatures and normal ambient pressure. Methanol mixes with many organic solvents and in any ratio with water. If a tanker carrying methanol were to have an accident, the methanol would immediately dilute with the seawater and evaporate. At the same time, the methanol atom is very stable, over hundreds of years. However, methanol should not be drunk, as the substance is toxic, like all alcohols, even the so-called drinking alcohol.

“We have a lot of products in stock in case Putin makes trouble and turns off people's gas.”

Weidmann speaks of George A. Olah with appreciation. The Hungarian-born scientist developed the basics of the methanol economy in the USA and received the Nobel Prize for Chemistry in 1994. Weidmann now wants to take Olah's theory "into society, train people and offer appropriate equipment". According to Olah, methanol can be synthesised from electricity, water and CO2. Today, methanol is produced on a large scale from fossil fuels, for instance coal. After crude oil, it is the most traded basic chemical substance. Methanol is used, for example, to produce medicines, colour pigments, cosmetics and plastics.

China is the largest methanol producer in the world, mostly produced by coal gasification. Other large producers are Qatar and Trinidad, where methanol is also produced from fossil sources. Every day, several large tankers are on their way from Qatar to Rotterdam. Weidmann's company also obtains most of its methanol from Qatar and Trinidad. Neutralised with CO2 certificates, the "black" methanol is an environmentally friendly fuel for Weidmann. However, Silent-Power also buys synthetic methanol from Scandinavia. There, for example, it is produced with the help of production waste from the paper industry. "At the latest now, many plants are under construction and by next year at the latest, there will be enough synthetic methanol," says Weidmann. This methanol can be produced sustainably: from water, CO2 and electricity, according to George Ohla's recipe. Power to liquid, in short: liquid electricity.

Weidmann worked for many years at major Swiss banks, including in global investment banking. He was also a project manager for geothermal power plants in the USA. But the topic of methanol has never left him. A few years ago, Weidmann learned that the most modern plant for conventionally produced methanol was to be located in Azerbaijan. He wanted to take a look at it. It was located in a restricted military area. In Azerbaijan, he was asked if he would like to pass on his knowledge about methanol. And so it happened that the Swiss banker became a professor of energy economics at the University of Baku. "A beautiful city, it was worth it.”

“Methanol, like lithium or a pumped storage plant, is a way to store electrical energy.”

Now Silent-Power has also launched a methanol boiler for private use, again in two sizes, with 10 and 45 kilowatts of power. "If people can't take a warm shower next winter, they can call and within two days the heater will be installed," says Weidmann. "That will then be delivered with 3000 litres of methanol, which will last until the next time." In the process, methanol burns residue-free, without soot. And unlike heating oil, methanol tanks also do not have to be cleaned regularly; unlike heating oil, no residues form at the bottom to clog the burner.

Methanol can also be used to refuel passenger cars. Silent-Power converted a VW Beetle to methanol. The driving characteristics did not change. However, the methanol Beetle can drive less far on a tank of fuel than a petrol-powered vehicle, only about 60 per cent of the distance. "If you increase the compression of the engine, which is possible with methane, you can go the same distance or even a little further," says Weidmann. There are such engines. For example, in Indy Car Racing in the USA: there cars run on methanol or ethanol. And in China, a 15-percent admixture of (fossil-generated) methanol to petrol is widespread.

“The market determines how much synthetic methanol is produced, according to demand.“

Weidmann has another idea that he has been pursuing for more than 20 years. He holds the patents for a technology that chemically converts methanol into electricity and does so without any moving parts at all. The TPV converter (TPV: thermophotovoltaic) uses special photovoltaic cells that are not optimised for sunlight, but for two frequencies in the infrared range. In the process, methanol is not burned, but catalytically decomposed. This solution is significantly more efficient and also cheaper than burning methanol in the engine. That is significantly more than with petrol or diesel engines. Weidmann wants to feed the electricity generated by photovoltaics into a buffer battery and use it to power an electric car. With this solution, electric vehicles could achieve long ranges, because the battery is constantly recharged by chemically generated electricity. Weidmann dreams that methanol could one day be bought everywhere. "You can have a filling station converted in one day. It just needs different pumps.” 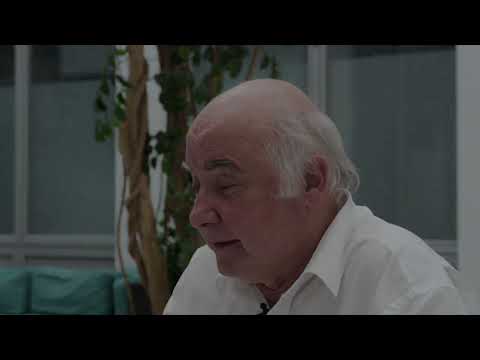