The global energy transition now has a chance

Hardly anyone has as much experience with renewable energy in North Africa and the Middle East as Paul van Son. He was the founding managing director of the Desertec Industrial Initiative (Dii) in 2009. Early on, he criticised the focus on exporting electricity from Africa to Europe – as too narrow and too early. First, he said, the local market in the producing countries must be developed. In the past ten years, there has been a rapid drop in the price of green electricity from the desert. This has made countries like Saudi Arabia rethink. Today, the country has become a significant driver of the global energy transition. In the meantime, the export idea is once again coming to the fore at Dii. And this time, hydrogen and other energy-bearing molecules such as methane, methanol or ammonia play a decisive role. All in the spirit of Global Energy Solutions. Van Son, a market economist, is optimistic about the Middle East and North Africa. The region could become an “energy powerhouse” for the world. 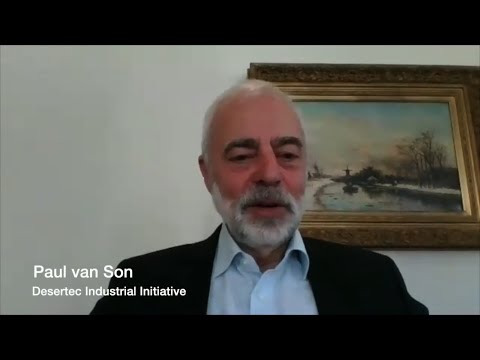