Ad van Wijk is Professor of Future Energy Systems at Delft University of Technology. In the interview he confirms: We have more than enough green energy available. About one tenth of the area of the Sahara, fitted with solar panels, would be enough to supply humanity with energy, including cheap energy. The challenges lie more in the transport and storage of energy.

According to van Wijk, hydrogen is the cornerstone of a future energy supply. He advocates technically upgrading and expanding the European network of gas pipelines and pipelines so that it can transport hydrogen on a large scale. This would also partially solve the storage problems. For the caverns in which natural gas has been temporarily stored up to now could also be used for hydrogen.

For the production of hydrogen, van Wijk relies not only on classical electrolysis, but also on methane pyrolysis. See the paper by GES.

The production of low-CO2 hydrogen based on natural gas is also an important path for van Wijk. This is precisely where methane pyrolysis is to be used – but as close as possible to the place of production. For example, in the newly developed gas fields in the Mediterranean region, off the coasts of Egypt, Turkey or Cyprus. CO2 would be captured by methane pyrolysis and converted into a solid form. It would be highly welcome on arable land as an important element for increasing soil fertility. In any case, Van Wijk wants to prevent CO2 from entering the pipeline systems of the importing countries. 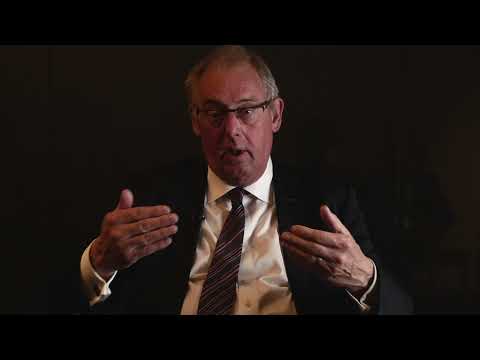