Green hydrogen is currently in high demand. In public debates it is usually considered a solution to the storage problem of green electricity. However, the many proposals and activities do not yet result in a consistent and economically feasible strategy. We would like to change this.
The starting point is to generate large quantities of green electricity at low cost. This is only possible in Earth’s sun deserts and coasts, using solar and wind energy. Be it in Africa, the Arab world, China, South America or Southern Europe, for example in Greece.
Put simply, the production chain of carbon neutral fuels looks like this: Large amounts of solar power are generated in the desert. Using this electricity, hydrogen is produced by electrolysis. By adding CO2, for example, “green” methanol is obtained and in further steps liquid and carbon neutral fuels are produced. The carbon is recycled and becomes a valuable economic good. The more loops are connected in succession (multiple recycling), the lower the emissions. Via Nature-based Solutions, the remaining emissions are offset and removed from the atmosphere. 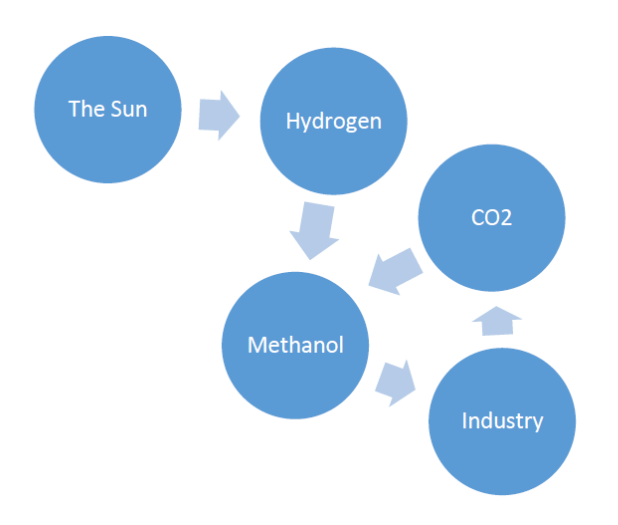 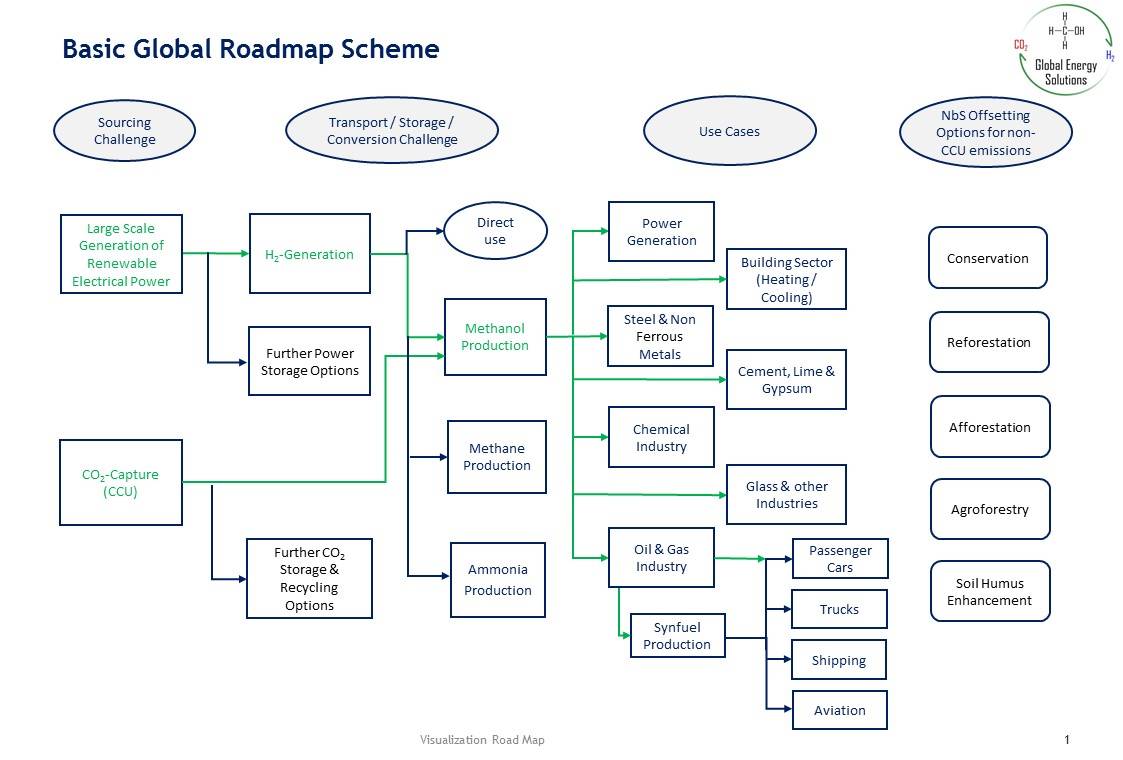 to the research project
To the demonstration plant

How we can still stop climate change Technical Report

The Marshall Plan with Africa - An approach to the implementation of the Agenda 2030 ?! Technical Report